Playing Destiny is like being addicted to drugs. You inject yourself onto a planet. Do the challenges. Do the public events. Do the Flash Points. Do the quests. Do the adventures. You get the love and admiration of the opressed people on the planet. You get a boatload of weapons. The high is incredible. Then you return to the Traveler and realize it’s all worthless. You discard anything and head over to Banshee, turn in all your weapon parts and he gives you something that is also worthless. You crash.

Obviously you can’t obtain a more powerful weapon just for doing routine missions but what would be a reward that would have some value other than stuff you just throw away?

Obviously you can’t obtain a more powerful weapon just for doing routine missions but what would be a reward that would have some value other than stuff you just throw away?

For me I think what Destiny really needs is a better reward system outside of loot. Or rather, coupled with loot. This could come in the form of leaderboards and clan objectives.

Apparently this is coming for Crucible with ranked matches (haven’t read up on it but @Wayward was telling me about it on Discord last night).

I would love to see a ranked system for pve as well. How cast can you complete a strike, for example? Think racing games and shadows.

In my opinion, games giving rewards for activities is a bad sign. It means they can’t create an experience engaging enough to feel worth the effort. THE EFFORT OF PLAYING A VIDEO GAME! so they entice you with shinies.

I mean, you say

and realize it’s all worthless

I mean yeah, it’s pixels on a screen. No value, but you should know that already.

The experience is what should hold value. And if we complain to developers to give better rewards they will begin to focus on shinier shinies and less on good gaming experience.

I love playing Destiny. I like playing with others. Chatting as we move around. Covering for one another. i love the guns, the horrible aliens who clearly deserve to die. They way they sometimes explode when they do. I like the scenery, the story, the three chief guardians. Even the nutty people on each planet. But then laid on top of it is the never ending string of useless prizes.

Maybe if you discarded weapons and you could go to the Gunsmith and trade them for a tank. And it would take a lot to get a tank but you would have this sense of moving towards a goal.

Or maybe for super cool weapons you could get them by going on something really hard like Nightfall (as we do now) or you could buy the weapon on the “black market” in some shady corner of the Traveler. Maybe they would be very expensive but again you would have the sense you were moving towards some goal.

To help going down the right path, they’ve introduced masterwork weapons this week. Pretty neat system, although I’ve had limited exposure to it so far.

Yes! I got a couple including one that was already upgraded! 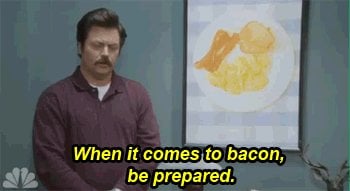 r/DestinyTheGame - Masterworks - How to find, Stat boosts and information

Destiny has worn off on me. I enjoyed it a lot for the first couple of weeks, but after that the company’s ethos and reputation has more or less completely put me off playing it at all. First there were the automatic bans which they claimed were manual, then repealed a bunch of them. Then was the XP cap thing that they lied about and got caught, and now the new expansion which locks out existing players from the existing raid unless they buy the new expansion to unlock content they already had. And the fact that the new expansion is roughly 3 hours long and they’re charging $20 for it. Whether it’s a fun game or not is pretty irrelevant for me at that point.

First there were the automatic bans which they claimed were manual, then repealed a bunch of them.

Are you referring to the bans from release where players were incorrectly banned? It surfaced that players were actually legit loading up destiny with various cheat engines active. People were complaining it was overlays and shit, but none of that was true. There was I believe 2 auto bans that ended up being overturned.

That aside, I understand getting burned out. The new DLC does leave some to be desired, but Bungie has owned up with their recent blog post about 2 weeks ago about the master work updates, and January updates. They do seem like they want to fix what’s inherently wrong about it. It’s also understandable that the new DLC didn’t come with these fixes in place because well… I imagine the new DLC was basically done and ready for at least a few weeks prior to launch. So their announcement about various changes, economy updates and so forth, just didn’t give nearly enough time to get it into the first DLC. That aside, many of these QOL updates and changes will be made free to everyone. They’ve also acknowledged they screwed up and are changing (or have changed) the content lockout for most of it.

That all said and done, taking a break from Destiny is not a bad thing. When the next DLC or major update drops, it’ll be worth keeping an eye on. No excuse for Bungie on this as they ran into similar situation back in Destiny and Y1. Took a couple updates to truly make some much needed changes. Shouldn’t have needed to do the same in D2, but I’m certain we’ll see a revamp of sorts in the coming months that really overhauls a lot of the issues.

I’m defo going back to it, but I’m enjoying grim dawn a lot lately and to be honest I want the new content to last a bit for this DLC after burning through the base game in less than a week. I liked what I’ve seen so far, so wanna take it slow.

Yes! I got a couple including one that was already upgraded!

Yeah, I got a couple trash weapon masterworks I don’t use that I broke down for mats to upgrade one of the weapons I use to masterwork. Just got my Uriel’s Gift on my titan upgraded to Masterwork and I’m enjoying it so far now. Glad Bungie put in a method to upgrade our current weapons to Masterworks.

Ya, I’m enjoying the additional RNG sort of grind to it. Masterworks aren’t ‘easy’ to come by, and aren’t hard either. I’ve only gotten a couple of them, and can’t afford yet to manually upgrade one of my own.