GET ON MY LEVEL 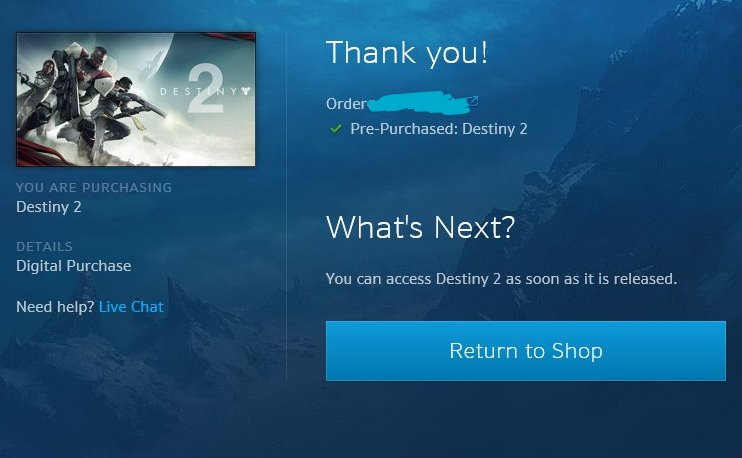 But did you buy the dlc also?

I’m still just so happy that they brought this to PC.
I really liked Destiny but just couldn’t bring myself to wallow in the muck with the serfs.

So is Destiny 2 being distributed and updated via battle.net?

No.
Via the Blizzard App

Blizzard App, Battle.net …sameee difference as far as app. I feel like they just recently changed the name to blizzard app.

So is Destiny 2 being distributed and updated via battle.net?

Yes and based on how they’ve changed the left sidebar (from huge icons to small, rearrangable rows) they’re gearing up for more games:

When did they change that? Unless I didn’t update mine was still the previous way.

The streams I’ve seen so far look just like original destiny. One of the PvP maps looked exact and I initially thought I was watching D1.

What are opinions of the beta thus far?

Finally got home from vacation. Decided to download the beta on PS4 to get a feel if I would even like it.

I really enjoy the new weapon types like SMGs and the minigun. They will be great since Titan is probably my favorite class. Music is fantastic. I’m glad the game opens with a story rather than dead guy wakes up and starts shooting things.

I think I will enjoy playing this game.

Awesome. Titan was my favorite class in the OG but I’ve been considering going a different route this time. Ain’t got time for more than 1 high level character.

As it stands in this build, which is confirmed months old, Titan is extremely powerful. Both subclasses can dish out the hurt in PvP and the barricade class ability is strong.

I’ll be curious to see if the PC build is any newer and what the final tuning looks like at launch.

Since the PC build is supposedly not a port, but a complete build on it’s own, and the fact it’s later in August, I’m going to say it’s going to be a more recent build than what we got.

“Port” is an antiquated term. Most software today is created using a framework that allows you to build on several different platforms with relatively minimal customization.

Games used to be ported when they were written specifically for Windows, for example, and then had to be largely recoded for something else—usually by an outside contracted software shop that would follow the spec.