They said it couldn’t be done

Yet here we are. Even @tommy2118 is going to want to give up school, career, and family to join back up after he reads this post. You’ve never been more on team ESO than you are right now. Belieb it!

However, you can join dungeon runs as any faction and apparently it won’t matter for the battlegrounds coming in Morrowind.

Reasons to jump the hell back in

Every member of the guild has invite privileges. This is a reminder to those already in the guild as much as it is for those that need invites.

In case you’re new or you haven’t noticed, we’re using Discord over Mumble these days. If you’re playing ESO and there’s no voice channel, simply type !create somewhere and one will be made for you.

Even if you can’t speak, it’s better to be in there while raiding or pvping. Shit gets hairy and you’re most likely standing in fire. I saw you.

Also you’ll need to res @Zharick when you get a chance.

Other stuff you need to know

This stuff may or may not be stuff you need to worry about. You might like to know it, though. 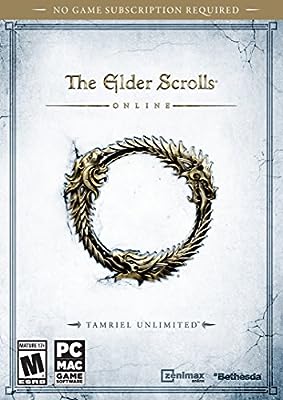 Get a build, any build

This is not where I tell you what builds to run for max leveling productivity (if you want that, @aicxe can help you) . It does not matter. If you overthink this right now, you’ll put the game down (again).

Remember that you can respec anytime—you will make enough gold for respeccing easily. Plan on doing a respec at level 50 and champion rank 160.

I did some light research and then just started throwing in points. Don’t worry about crafting right now unless that’s really your focus.

If you’re a returning vet you should have more than enough skill points to be productive with questing. This will also give you an opportunity to learn the skills again and which play style you like.

Get some gear, any gear

Again, do not overthink this. You should have some random gear on already. It may be terrible or even completely broken. It doesn’t matter.

Once you start your path with getting back to quests, you will put more pieces on. Don’t get hung up with trying to get a gear set before you start your first quest. This will become a non-starter, in my experience.

Plan on starting to think about the “right” gear for your build around champion rank 160.

Once you reach the Champion progression end game (at max level), you earn enlightenment. When you are enlightened, you earn XP 4x as fast. Thus a 400,000XP Champion Point climb is actually 100,000XP.

You earn 1 Champion Point worth of enlightenment every 24 hours and it accrues to a maximum of 12 days. That means if you had a max level character that you left, you likely have 12 days full of enlightenment waiting for you!

This also means the game allows you to participate in a more casual playstyle and still progress.

If you’re like me, you’ve been away from ESO for a good while. Prior to my latest return, I had attempted to get back into the game before with no luck. I would sign in, excited and ready to roll, only to be left with the paralysis of choice.

Why is it so hard?

One aspect is having everything reset but having no idea what to do. As a returning veteran, your skills, attributes, and champion points have all likely been reset due to a patch long since gone by. This seems like a great opportunity but it left me with no ability to jump right back into questing and finding my stride.

Focusing on throwing in skills and just starting on the first quests I saw allowed me to jump that initial startup hurdle and now I’m off and running.

Not having to be the same level to group up for dungeons is pretty awesome. The group we had going last night had a huge discrepancy in level. But we still had fun.

What is the fastest way to reach max level? Normally I wouldn’t be in a rush, but i really want to take advantage of the enlightenment system being that I’m such a filthy casual. When I recently returned, I was just questing and the leveling seems really really slow, at least compared to most modern MMOS.

What is the fastest way to reach max level?

Questing seems to be the fastest that I can tell but @aicxe has some grinding spots he recommends. Also note that there are some XP bonus things:

Maximum kek achieved! Still not going to be playing, unfortunately; I’ve too many other gaming commitments (plus, you know, freakin’ school for another couple weeks).

@Wayward has never stopped playing ESO and he needs you

A post was split to a new topic: Ozhawk4 looking for guild

I’m in once I finish working on my house

Now we need to get @Majordomo in here

Now we need to get @Majordomo in here

that would seal it for me, D3 and PUBG it is…

Any tips on video settings? This game gives me major eye strain for some reason. Seems to look fuzzy on my tv, chat bar is difficult to read.

Real answer: If you’re playing on a large TV, scale the UI down.

Thanks, I’ll give that a try later.

I play on a 1366x768 tv, games almost never automatically set at that resolution. If I don’t fix it, it gets fuzzy or huge or something

Edit: it is in there and with the ui scaled things look better. Hopefully it stops hurting my eyes now.

How do i send a friend request? Ive just started playing eso for the first time recently, love the way it is, heard how bad it used to be from others, do not have much time to play but need a nice, respectful, fun guild to join that does not have strict gameplay rules. Btw, same name here as in game. BlkMau5. Thats a lowercase L not an uppercase i.