Helpful tactic to gear up 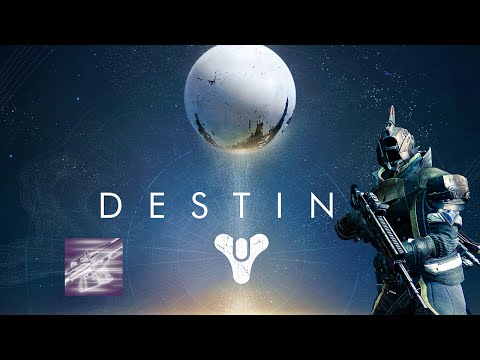 So all credit goes to this guy. Within an hour I had all rare gear and two rare weapons which was much better than my previous two rare items. Try not to be fooled by his video though that was very extreme and at least not my experience. Just wanted to share to help build us up as the raids start this weekend and if the strike playlist are any indication of difficulty we may need any leg up possible. Good luck!

Thanks for this^. Go ahead and post the data from the link and acknowledge the source, save us a click.

I expect this to be fixed soon. Meaning getting lvl 20+ epics from lvl 11 mobs.

May already be fixed but I was still able to up my gear so I wasn’t as squishy.

It worked similarly in Alpha and Beta. I’d be surprised if it were “fixed.” You’ll get rare drops, of varying quality at your level or below. Its no different from just playing strikes or story over and over in terms of mechanics. The only advantage with this location is the sheer number of enemies that give you more of a chance to roll a rare. You can farm any area.

I like to sometimes farm low level areas, in particular the helicopter area in skywatch, it goes slightly slower than this location on Venus but the mechanics are the same: Kill enough bad guys and you’ll eventually get a random rare engram.

Tried this Technique for over an hour and come out with 2 rares, a few greens but nothing more.

This area is pretty decent. It doesn’t have better drop rates, but it is literally constant battling.
If you plan on doing this Id suggest taking a break every 20 to 30 minutes not just to clear off the ground (it seems after too many items are on the ground nothing more shows up. This affects loot drops as well as grenades not doing anything), but also to clear your head. Normally you have a few moments of rest for your head/eyes/ears, but here you always have enemies and noise.

I think they might have fixed this. I did the same and got the same result as @srkuse82. Does that seem likely? I know this game resides almost entirely on Bungie’s servers, so could they alter natural mechanics behind the scenes without an update?

I know this game resides almost entirely on Bungie’s servers, so could they alter natural mechanics behind the scenes without an update?

Totally possible to ‘live update’ parts of the game.
Being a loot monkey, I’m shocked and disappointed they may have patched this.

Yeah this is the place to go. Got ten legendary engrams in one night and my buddies were almost as lucky. Got an exotic sand multiple legendaries. I know it’s random but the amount of enemies is a big factor here. Good luck!

Few tips. Scout rifle for head shots is big and you want to kill them in the tunnel or you have to chase them down. Well timed rockets can decimate the cave and this is really easy to level your less used sub class.

Got ten legendary engrams in one night

@CEvans321 I agree its the best farming method out now.

I farm that area 30-60 minutes at a time while waiting for slots to open up on fire teams, and I’m finding it great to get rare, to rank up my cryptarch.

I also like this method because you can stack, patrols, public events and farming into 30-60 minutes, especially if again, you are just waiting for people to show up or slots.

Man I love this spot. Me and @Beebes farmed for over an hour and I got so many blues and 4 legendaries. I leveled up the engram guy 3 times with all the ones I had to decode.

I tried this last night for about an hour and a half. I agree with @SkullKontrol. This is an insane farming spot. Adding in the public events and leveling up the cryptarch as a bonus, you literally have no wasted time.

I’m going to test this, today but a Redditor says you don’t even have to shoot if the area is crowded.

Since a lot of people know about that spot it’s usually crowded when I get there. So last night I did a few tests just to see how much the other people around affected the loot that I was getting.

Disclaimer: what I’m about to post may already be common knowledge, but I just figured it out and haven’t seen much discussion on it. So please don’t down vote if you already know.

When I got to the cave there were 5 people already farming it. A fireteam of 3, fireteam of 2 and me playing solo. For the first 10-15 mins I was blasting the mouth of the cave just like everyone else and I wasn’t getting a lot of kills but loot was still falling (mostly greens and a couple blues). Then I decided to just watch the cave with my sniper scope. My theory was that maybe I don’t have to be the shooter, just “witness” the kill. And that worked. I still got loot.

The other test I did right before I left was to see if just being in proximity to the 5 other people, but not watching the cave would drop loot. I crouched behind the slanted rock in the back and was looking 90 degrees away from the cave, I did not witness any kills. And when we all ran in to collect loot / ammo I picked up 2 engrams, they were legendary but I don’t think this gives you a higher chance for purple. They were simply the first legendary ones to EVER drop for me.

TL;DR - as long as people are around getting kills you will have the same chance to get a drop, even if you aren’t shooting or a witness to the kills.

Also my grimoire kills for area and enemies still increased even though I wasn’t shooting.

This is awesome/bad news. I feel like there are just going to be a herd of people just hanging out and about benefiting from others. I know last night there were about 6 of us at any given time. Do you think they are going to fix this eventually? I’m kind of hesitant to keep exploiting it in fear of the consequences

Bungie is very hard on things like this. Halo reach I got reset because of an exploit. I spotted playing that game that day. They reset half the community.

Halo reach got reset because of an exploit.

This is the exact example that I was thinking of that makes me so hesitant to keep going.

I mean I really want to try it, but Idk man.

[Statistics] We decoded 590 engrams, here are the results.

(4 people) This took us since launch to gather, we we’re interested in what the chances we’re for each rarity to come out of green\blue\purple engrams so we decided to record all of it. Here was our results

NOTE: We gathered ALOT more greens but for the purpose of the test we wanted to keep it as even as possible, but gathering legendary engrams was taking way too long so we decided to stop and check results. Strange coins\motes came under blue rarity count when decoding blue engrams.