I think I might get an Xbox One S

@Bradum mentioned the cross platform Microsoft store (Xbox + Windows) in Discord. Does that not make it by far the best console for an otherwise PC gamer?

I think it’s totally reasonable. You can play new games on either system, AND it has a built in UHD BD player (which alone retail for ~$400) if you ever end up with a 4K TV… And It’s only $299.

but if you can play games on pc and xbox one isnt the xbox one obsolete?

but if you can play games on pc and xbox one isnt the xbox one obsolete?

I enjoy both experiences.

You must own the digital version of the game. You can play on either XB1 or Win10. Saves, add-ons and achievements are shared across platforms.

I don’t see that it makes the XB1 obsolete. @Vocino could play on his PC at work then come home and continue his game on the XB1.

What game(s) are peaking your interest? Sadly mine does not see much usage, but i still enjoy owning it. If the xbox games can be played by both of you on PC invest in a solid system for the Mrs. Also factor in if you’re going to need gold for multiplayer.

Are they not making pretty much all games playable for PC too? Why buy the console then?

Are they not making pretty much all games playable for PC too? Why buy the console then?

If you want one and have the money then get it. No reason not to.

I’d say do both! It is a win win in that situation

If you want one and have the money then get it. No reason not to. 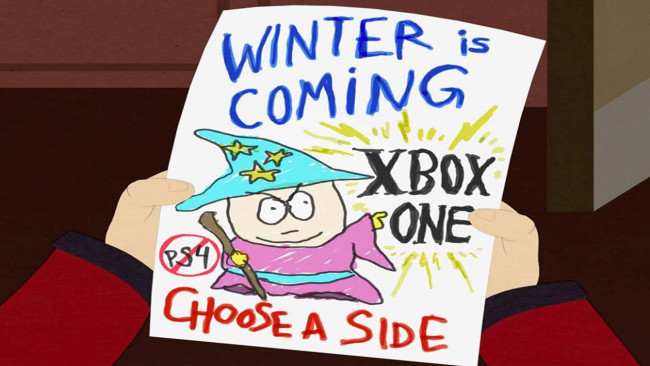 Both the Xbox and PS4 offer a good, fun experience and I enjoy mine for their own reasons. If you have any questions, shoot me a ping on Discord.

Just buy a Wii U.

i’m curious about how the new xbox project scorpio will pan out because the ps4 pro seems kinda underwhelming o:

Both the Xbox 1 S and the PS4 Pro are not new cycle releases. They’re in line with the refresh timelines we see between cycles historically.

The rumor is “Scorpio” will be out sometime in winter 2017. Which means Microsoft would be breaking the release cycle established by Nintendo, Sony, etc. over the years. This is likely due to the underwhelming Xbox One sales. So they’re going to try to jump into a mid cycle and be able to sell without competition from Sony.

Sony will still release their own full cycle update at some point although my guess is they won’t choose to reactively release based on Microsoft’s decision to break cycle.

I was under the impression that “Scorpio” was going to be similar to the PS4 Pro in that it’s going to be the same gen, but with updated hardware.

I could be wrong though.

Project Scorpio is a mid-gen hardware upgrade that will not segment the currently lineup of games. On paper, the hardware specs are stronger than that of the PS4 Pro… Time will tell if this will mean anything or not.

that will not segment the currently lineup of games