I'm creating a streamer asset kit, what should be included?

The wallpaper offering was pretty successful. I’m trying for something with more value this time.

What streaming/social/whatever assets would be helpful? They will have some level of Strats branding but more along the lines of team inclusion. They’re meant to be yours and could be edited.

Panel Graphics perhaps? And while I haven’t seen anything official, the profile banner seems to be much less apparent these days - not sure if Twitch is deep-sixing it.

Is the video slate the same thing as an offline screen?

Most basic packages offered by a company specializing in streamer graphics generally includes:

And that should be everything you need to get started with content creation on the major sites.

Is the video slate the same thing as an offline screen?

Yeah but maybe we break out an “offline” version, too. I was thinking of it broadly as a full screen graphic.

So you would have a single “slate” and just change the text on it to read brb, offline, starting soon? 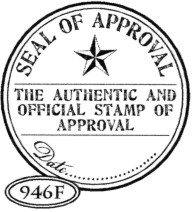 This needs to be a real thing.

This needs to be a real thing.

Isn’t that the reason the thread exists?