PvP Wednesdays: Week 1 - "Where do I kill people?"

Hello everyone, I’m Erku. If you haven’t seen me in-game or in mumble, then you’re missing out - I’m a real treat.

Anyway, I will be taking charge of PvP information and the such for Wednesdays. For the first couple weeks I’ll just be talking about some basic stuff, and then hopefully we can get some real murder-parties going!

So, you’re level 50 and you just got all your quests. Now you think you’re tough shit and want to kill some peasants.

Great! But your gear is terrible and you’re going to get rekt.

You will, and you won’t, we won’t worry about that too much for now, because you’re just here to get your whistle wet.

Note: It is highly recommended to get at least Tier 1 of your Hasla equipment asap. This will give a much larger damage boost, so it will help in PvP and PvE.

This is stuff you want. You get it by doing PvP related things and in return you get shiny things. You will need a lot, and it’s going to take time.

Honor can be used at the honor vendor to gain titles, items, weapons and other things. The more you earn the more you spend!

Alright! So this is the main thing I would like to focus on today. In Marianople there are two NPCs that you can speak with:

The advantage of joining a 5v5 is that other players will hopefully pull your weight, and if your team works well, you can win.

After you wait, you’ll get this little message: 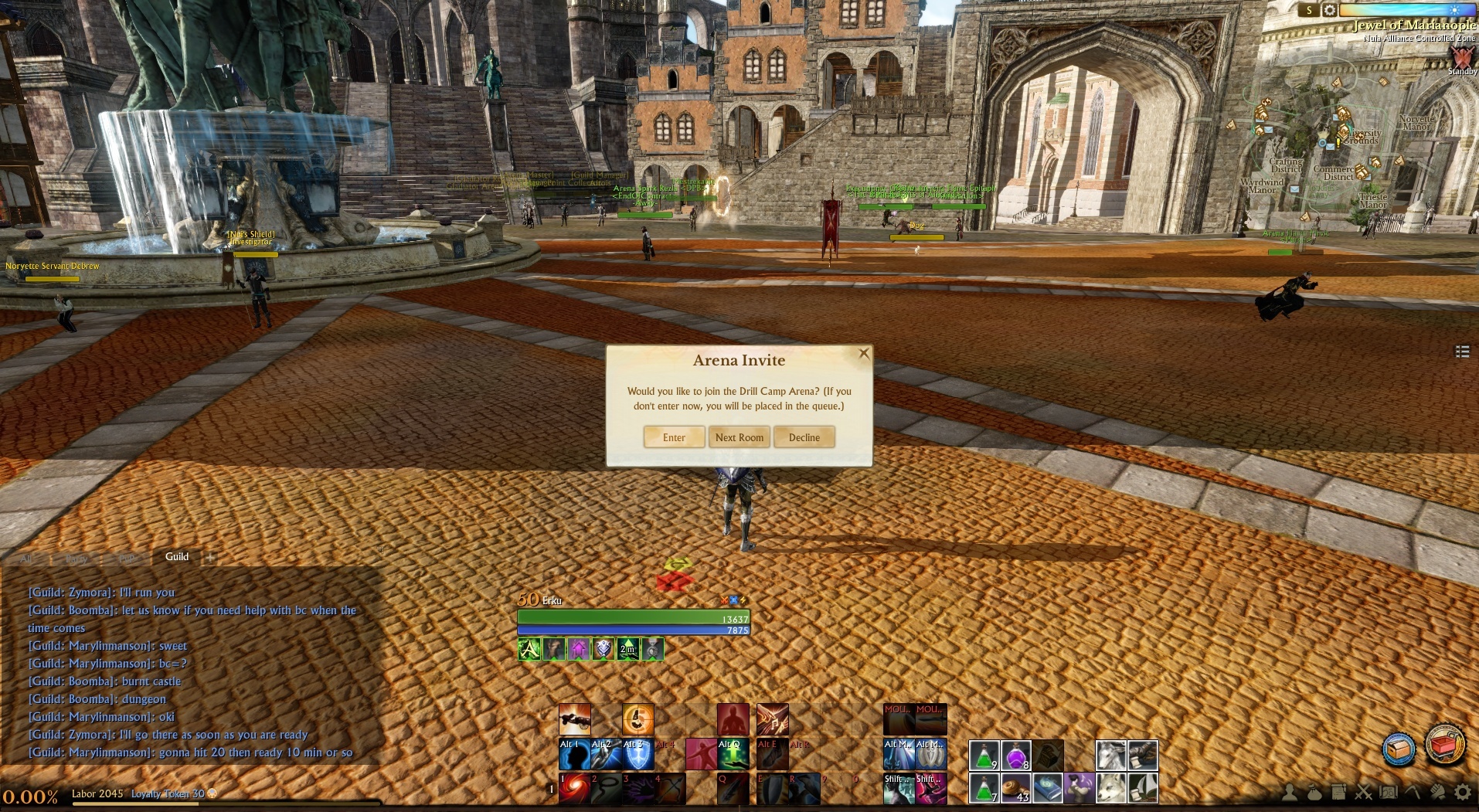 And you’ll want to click Enter to join the arena!

Welcome to the 5v5 arena. As you can see there are many boxes, ladders, stairs, and a bridge. One of the important things is to try and learn where everything is. It’s not too tough, but it’s going to help when you want to gank or avoid a gank.

Some things to keep in mind is that arrows can sometimes shoot through the boxes, so don’t think this is like CoD where bullets actually hit the environment.

Some things to know while you wait for your team to all join:

On the right side, you’ll see various skills. Arena Soldier is the one you’ll be choosing every time you spawn. These are skills that unlock when you get enough kills (think killstreaks in CoD). Unless your team is really doing well, you won’t have access to these. Also, sorry healers but you won’t get these either unless you start to murder.

After you select Arena Soldier another skill bar will pop-up around the lower center of your screen:

These are the selections of buffs you can get. There are 5 in total:

I highly recommend always choosing Physical Defence Boost because at least 3/5 players will be using it.

After that, just run in, stay with your team and try and kill the other team as much as you can!

The other team and yourself do have “bases” that if destroyed will end the game early. Realistically, these will only be destroyed if the one team is dominating the other, and if they feel like it. More kills=more honor. 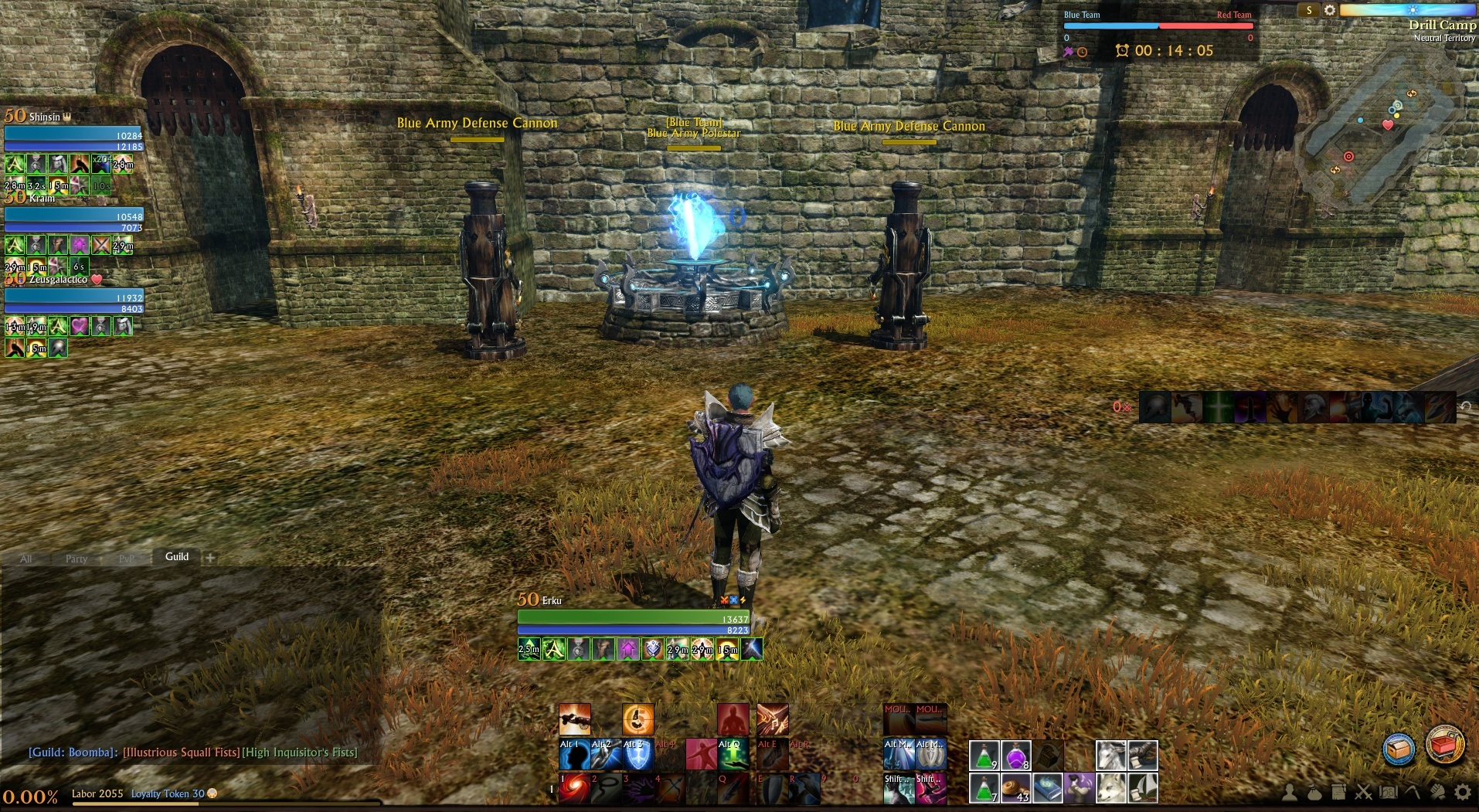 This is one of the easiest ways for you to not only gain honor, but see how PvP is (in a group anyway). Don’t get discouraged if you get rekt, because it’s going to happen a lot and to everyone.

Unfortunately, you can’t be in a party with your friend and queue the 5v5 and always be on the same team. The best thing that @Knight222 and I do is queue at the same time (helpful if you’re on mumble) and enter at the same time. 4/5 times you’ll be together, and it’s going to be much more fun.

If you’ve got any questions, post them up here and I’ll try my best to answer them.

I think I’ll reward you.

I would recommend Ynestere to pvp as well, a lot of reds roaming around