The social Media has found out!

found this article on Forbes.com about the loot cave. 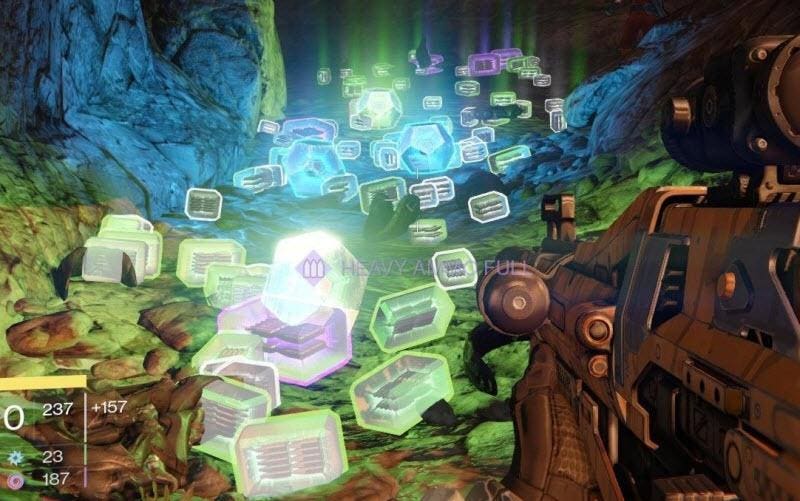 The games media has seemed to have recently just discovered the famed "loot cave" in Destiny, a way to get gear in the game that's been around for quite a while, but has quickly become far and away the game's most popular avenue to acquire items. In...

Yup, enjoy it while you can; patch incoming I suspect

Recall that conversation we had on mumble about abusing bugs? There ya go.

Remember, this is a Forbes.com CONTRIBUTOR. Anyone can blog over there basically.

Well at this point they’d have to ban the whole community if they consider the cave a bug or exploit as there are several similar instances across every planet where things like this are possible and damn near everyone uses them. This cave just happens to be one of the better ones.

People want duration from a game then they use (and promote using) situations like these to their advantage.

The conversation went such as, “I don’t believe that it is intended that people grind one specific thing and ignore a well rounded experience in order to further their character, but people will and then the fixes occur”

I believe my ending statement last time was akin to, “Don’t be all shocked when they finally close the situation to the detriment of players not actively taking part in situations like these.”

It actually points to a much bigger problem they need to resolve with their loot system/tables overall that doing MOB grinders is the most efficient (and really only practical) way to get geared.

Also, I don’t pay attention when you talk; it’s all doom and gloom with you

But this “problem” isn’t just a Destiny/Bungie problem. You see this in Diablo, or Marvel Heroes, or any game with a grind, and not just for gear.

The majority of players will always choose the path of least resistance, even if it is the most boring and repetitive stuff you can do in the game. And then they will complain that the game offers no enjoyment, has little content, etc. In particular, I remember in Dark Age of Camelot how MOBs would accrue an XP bonus for time since it had last been killed, to encourage roaming around. People would still form a big group and camp one spot, ignoring that bonus, just for the convenience of having consistent spawns.

Our world has become so fast-paced that we need everything right now regardless of the enjoyment level. That writer claims this is Bungie’s “problem” but I’m not seeing it that way. Personally, I might visit the Loot Cave but I probably couldn’t stay for more than 10 minutes before becoming so bored that I would have to shut off my system. I would prefer to be actively doing something with my in-game time.

I’m sure quite a few people enjoy their Loot Cave time and brag to everyone about how they worked hard to kill that level 5 to get their gear. And then they turn around and complain that there’s nothing “fun” to do in the game.

This exactly, you said it much better than I could.

I’m not decrying the act but the mentality that follows, which you mentioned. The idea that there isn’t anything else to do in the game because people took a pretty hardcore shortcut through content.

So @auth how hardcore is destiny?

Pvp isn’t a faceroll over and over. It’s a nice change. Also, see my post over here about that cave and my success/thoughts.

“Quite a while”? The games barely two weeks old, Jesus Christ.